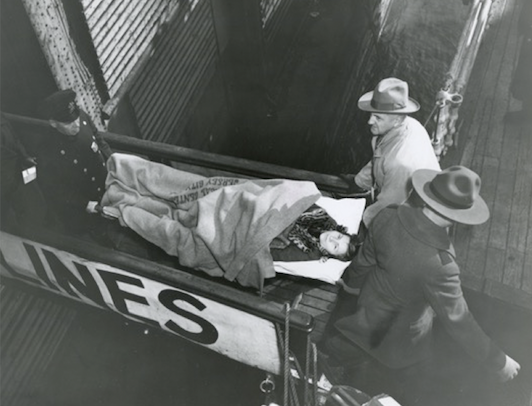 Friedrich Walter Schlösser was jailed in El Salvador, interned in the USA, and deported to Germany. He always maintained he had been the victim of an illegal international kidnapping.

Born in Hamburg on July 2, 1902, he was only 12 years old when the first World War began. At 15 he was called upon to enroll and served as a helper in a military hospital. Barely 16 by the time the Armistice was signed, he finished his secondary education and went on to study Chemistry at the recently established University of Hamburg. 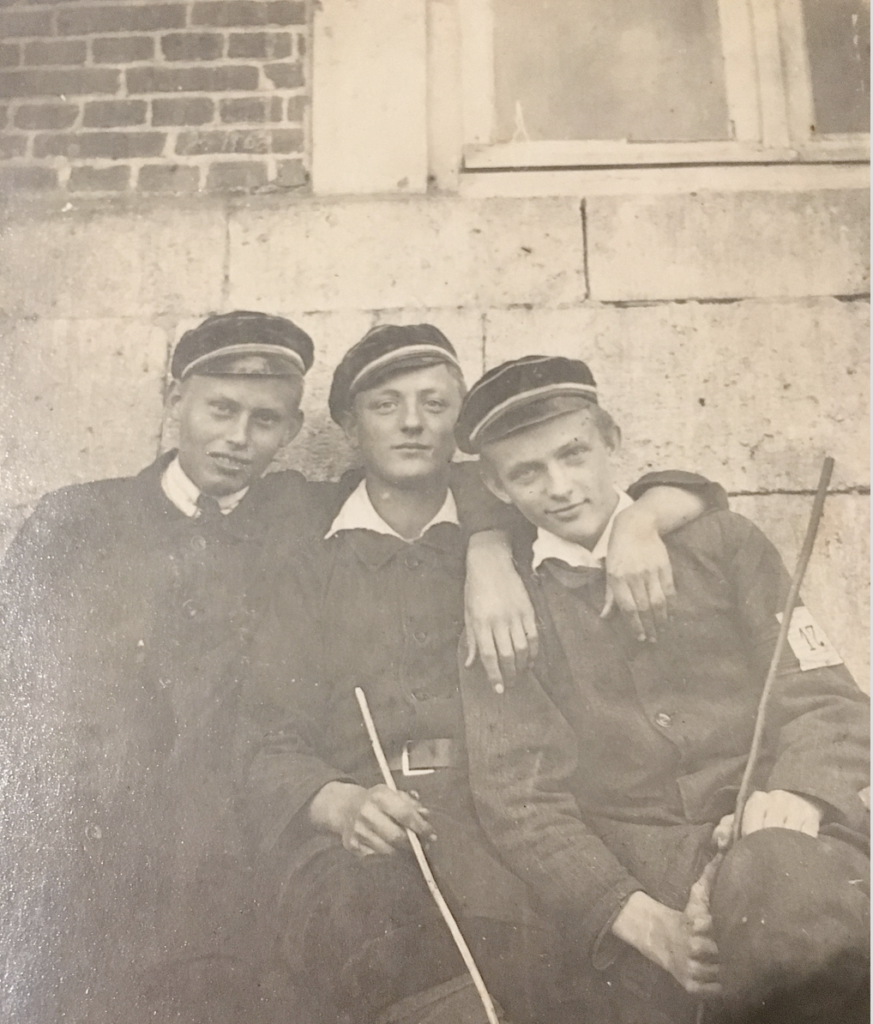 My father back in school after World War I

Post-war conditions in Germany were grim. My father had to interrupt his studies and began working as a math teacher in a school. Through a friend, whose family had an important trading company with subsidiaries in various Latin American countries, my father later obtained a job in Havana, Cuba, where he arrived towards the end of 1928. He married and had a son, although some years later he divorced, left Cuba with his small child and moved to El Salvador, still working for the same company, but dealing with coffee instead of tobacco. In his office in San Salvador

He met my mother when he befriended her older brother. My maternal grandparents were both from Hamburg and their four children, born in El Salvador, were nevertheless all German citizens, and were sent to Germany for their education. They married on November 11, 1941. Less than a month later, on December 7th, the Japanese bombed Pearl Harbor and the morning after the attack, the United States declared war on Japan. Then Germany and the United States declared war on each other. As of that day, all German nationals were automatically classified as enemies, and my parents’ life began to unravel. 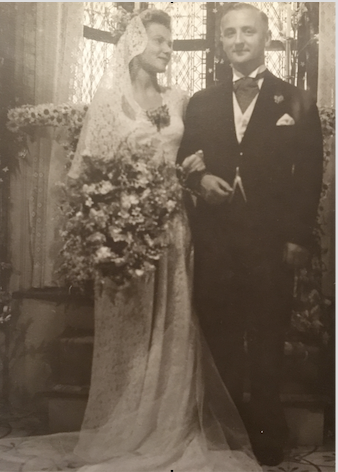 My parents’ wedding in San Salvador

El Salvador was governed by General Maximiliano Hernández Martínez, a staunch pro-Axis dictator who admired both Hitler and Mussolini. He was pressured by the American government to declare war on Japan (December 8, 1941), and on Germany (four days later). Martínez also submissively agreed to publish a black list of “enemies” issued by the American Embassy. In exchange, American loans started flowing into El Salvador, in addition to a significant increase of Salvadoran exports to the U.S. This American “Proclaimed List of Certain Blocked Nationals”, published on July 17, 1941, included important German companies in El Salvador as well as the one my father was managing. A later list with 175 names included my maternal grandparents Margarita and Juan Schilling and my parents Friedrich and Meta Schlösser.

The American State Department then sent precise instructions for the detention and deportation of those persons they considered dangerous aliens, later to be interned in camps in the U.S. Based on these lists, the arrests began. Normal legal proceedings were ignored, and nobody was issued warrants, granted hearings or indicted after their detention. A first group of Germans was arrested on the night of December 20, 1941, some dragged away from their dinner tables, others seized at their homes after midnight, with only a few minutes time to get dressed. When my father was detained on February 3 at his office, he was already expecting it. After being held at the San Salvador Police Headquarters for over three months, sometime in May 1942 he was taken to the port of La Unión. There the prisoners had to undress, stand naked for hours on the pier, while their clothes were carefully examined. Once they were allowed to put their clothes back on, the Marines drove them up the U.S. cruiser’s gangplank at bayonet point.

Confined to the dark and foul-smelling hold of the army ship, only rarely permitted on deck, they were not informed why or where they were going. At last, arriving in San Francisco, they were transferred to a prison train with barred and blacked-out windows, one toilet in the center of the wagon, and doors guarded by soldiers with machine guns. Several days later, the train stopped near the small town of Kenedy, in Southern Texas. When they got off the train, Texas Rangers on horses, swinging their lassos, herded them together and rode on each side of the column of the prisoners walking towards the camp, in the outskirts of the town.

Surrounded by a ten-foot-high double barbed-wire fence, the Kenedy camp had watch towers manned by armed guards. It was for men only, the oldest of them 86 years old, and the youngest, two boys aged 10 and 12. The population averaged around 600 internees per month with constant new arrivals and repatriations or transfers to other locations. The housing consisted of a few old barracks and some small buildings, to which 200 second-hand huts were later added. These prefabricated wooden structures were very thin-walled and poorly insulated. In August 1942, a hurricane devastated the area and wrecked most of the huts and many of the camp buildings. The following winter was exceptionally cold, with snow on the cacti. My father, on the left, at Camp Kenedy

Over a year and a half after arriving at the Kenedy camp, my father was transfered to the Alien Enemy Detention Facility, the official euphemism for a family internment camp in Crystal City, located futher west, about 35 miles from the Mexican border. It is said the floodlights on that camp’s fence were so powerful they could be seen all the way across the border.

My mother, Meta Schlösser, and my brother Joaquín were deported from El Salvador on the U.S. Army transport ship Cuba, which gathered deportees from all of Central America and arrived in New Orleans almost two weeks later, on November 12, 1943. Interrogated by FBI agents and INS officials, they were once more reminded they were entering the United States illegally due to their lack of necessary documents (passports which American authorities had confiscated earlier). This, of course, was in order to validate their detainment.

Finally, they were taken to trains headed for Crystal City and the much awaited family reunion. Their stay there, however, was comparatively short. They were exchanged to Germany on February 15, 1944, less than three months later. During her stay at the camp, my mother had undergone some kind of critical surgery, and a photograph shows her being carried on board the ship on a stretcher.

My mother on the stretcher

The neutral Swedish ship Gripsholm carrying the deportees left from the port of Jersey City and arrived in Lisbon ten days later. From there they were transported by train to Germany. Repatriates usually went back to their home towns, where they had family or at least acquaintances. For some reason unknown to me, my parents ended up in Herford, a town in eastern Westphalia. Westphalia had felt the brunt of the war very early on. The first attacks by British aircrafts began in 1940. As of 1943, systematic air raids aimed at the region gradually reduced most of the cities and towns to rubble and dust. Later on, the British attacks were also directed against smaller and less important towns like Herford.

The last bombs fell on Herford on March 21, 1945. On the 4th of April, the American soldiers occupied the town and began requisitioning farms and buildings to house their troops. My father, who was the manager of a large clothing factory, was summoned by the officer in charge. As one of the few people who spoke English in the town, my father not only succeeded in avoiding the factory being taken over, but collaborated with the Americans. He even helped them decode messages. In a text he wrote later, he commented on the crazy situation of a German citizen, in his occupied country, using the ultra-secret United States Army code, in order to assist the occupying army.

World War II was barely over when the Cold War began. In 1950, the victory of the communists in the Chinese Civil War and the outbreak of the Korean War created a general atmosphere of instability and insecurity among the German population. Many feared that an outbreak of hostilities between the Soviet Union and the U.S. might take place on German soil. Worried because he feared the war in Korea might lead to another world conflict and because my brother was already 18 years old and of age to be taken into the Army, my father decided to go back to El Salvador.

He was determined not to get entangled in a war again. For the sake of his family’s safety, my father gave up the excellent position he had attained in Germany, so we all left for El Salvador in March of 1951. Like most German internees, he had to start anew and, as most of them, he kept silent about this story. (Margret Schlösser de Oliveira Castro has written more of her family story in Innocent Enemies, published in 2020.)