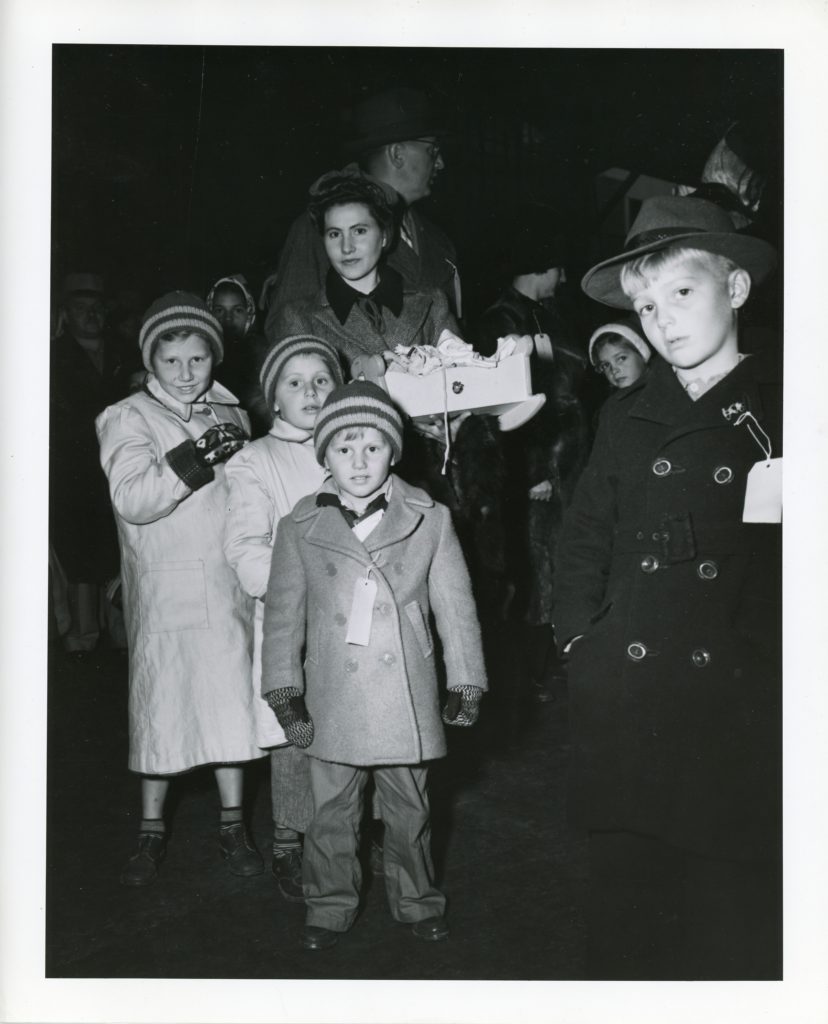 Throughout the war, both German and Japanese American and Latin American internees were offered, even pressured, to accept passage to Germany or Japan, where they were exchanged for citizens held behind enemy lines. There is evidence that most, but not all German repatriations were voluntary. (Friedman, Nazis and Good Neighbors, 206-208.) Why would internees choose to go to Germany, when most had left their native country years before, and their wives and children were American or Latin American citizens?

Recent experiences in their adopted countries and in the United States caused bitterness and predictably deepened feelings of alienation for some. Others simply preferred freedom to indefinite detention. Gunther Graber, a former internee from the United States, says it best; “Choosing so-called ‘voluntary’ repatriation to war-torn Germany is ample evidence of how miserable, embittered and discouraged my father was. Let no one say that under such circumstances, repatriation was in any way truly voluntary. ” Several lists of ships used and dates of passage as well as destinations, are shown below. But the true number of voyages and ships used, as well as how many internees were sent to Germany, is unknown as yet. 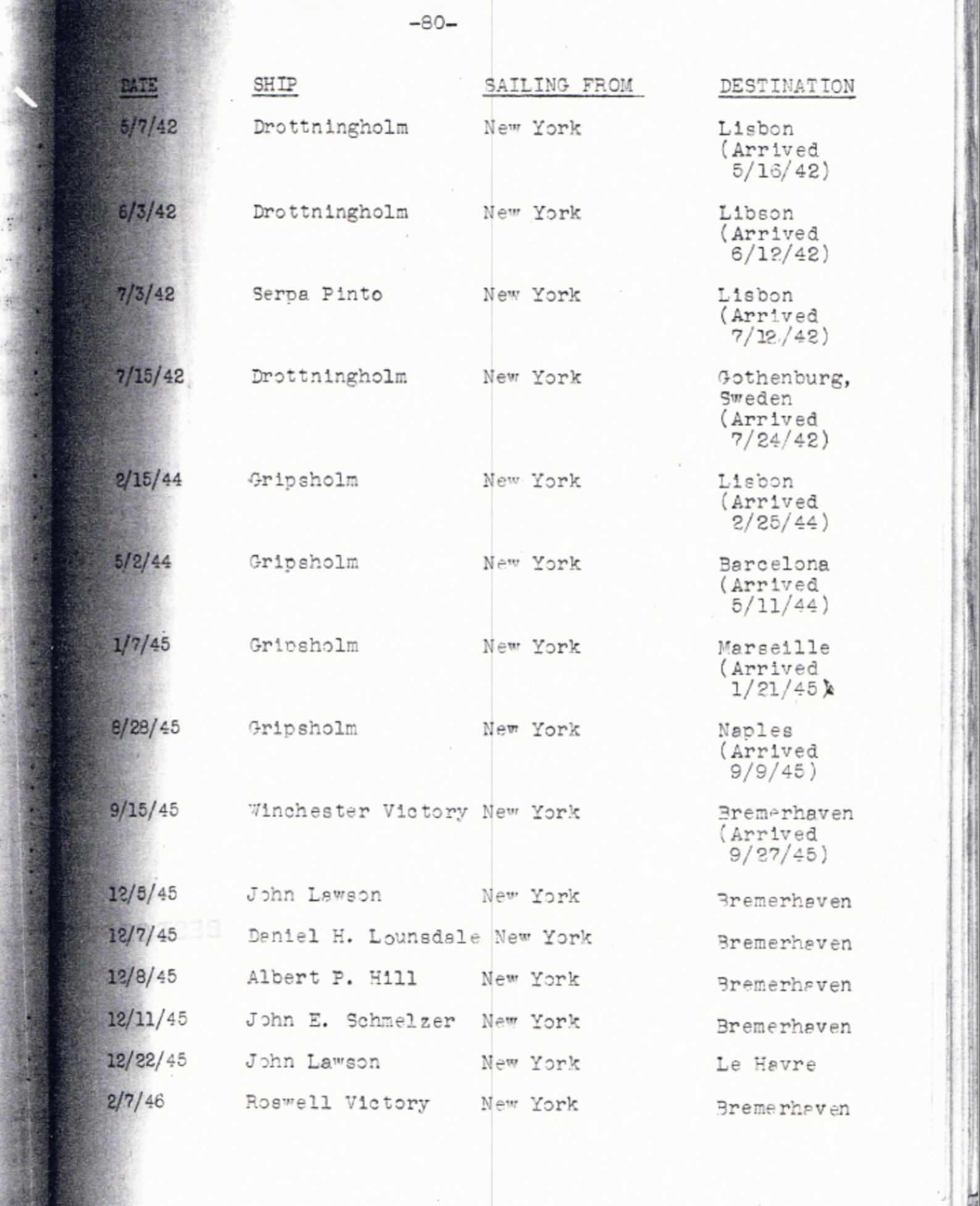 “German Nationals Deported by the Other American Republics Who Were Deported Via the United States, 25 April 1946” 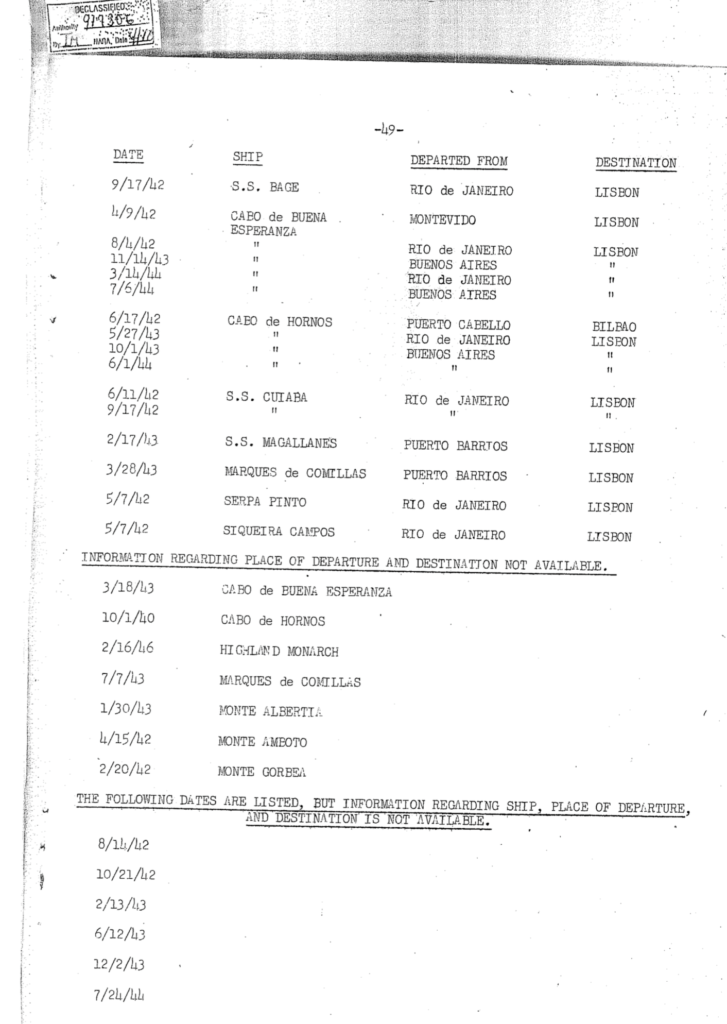 A Voyage on the Gripsholm

One of the largest German American and Latin American exchanges took place in February 1944, when internees from various camps were put on special trains, bound for Jersey City, New Jersey, where the Swedish vessel the “Gripsholm” was anchored. Twenty pages of instructions were issued to agents accompanying the internees, discussing arrival times of trains, baggage handling, security, medical facilities, feeding, etc. French and German officials from Hot Springs and Staunton, Virginia, and internees from Carrizozo, New Mexico (probably interned in nearby Fort Stanton), Seagoville, Kenedy, and Crystal City, all in Texas, as well as Ellis Island, New York were included.

Once at the Gripsholm, all passengers went through U.S. Customs and to assigned staterooms. German prisoners of war boarded at the same time. The ship sailed 15 February 1944 and arrived in Lisbon, Portugal on 25 February. The civilian internees were then taken to Germany’s borders, where they were exchanged, person for person, for U.S. or Latin American citizens held by Germany. (U.S. and Latin American internee families often had children, wives, or husbands born in the U.S. or Latin America— citizens exchanged for citizens.) (manifest of persons to be exchanged)

For a detailed description of a later voyage and the exchange that followed, see The Train to Crystal City by Jan Jarboe Russell, chapter twelve. The following photographs show a few of the many families and children aboard the Gripshom on the February 1944 voyage. NARA, RG 59, State Dept, German exchange, Gripsholm, Jersey City, Feb 15, 1944 (courtesy Martin Huwart and independent researcher Satu Haase-Webb) 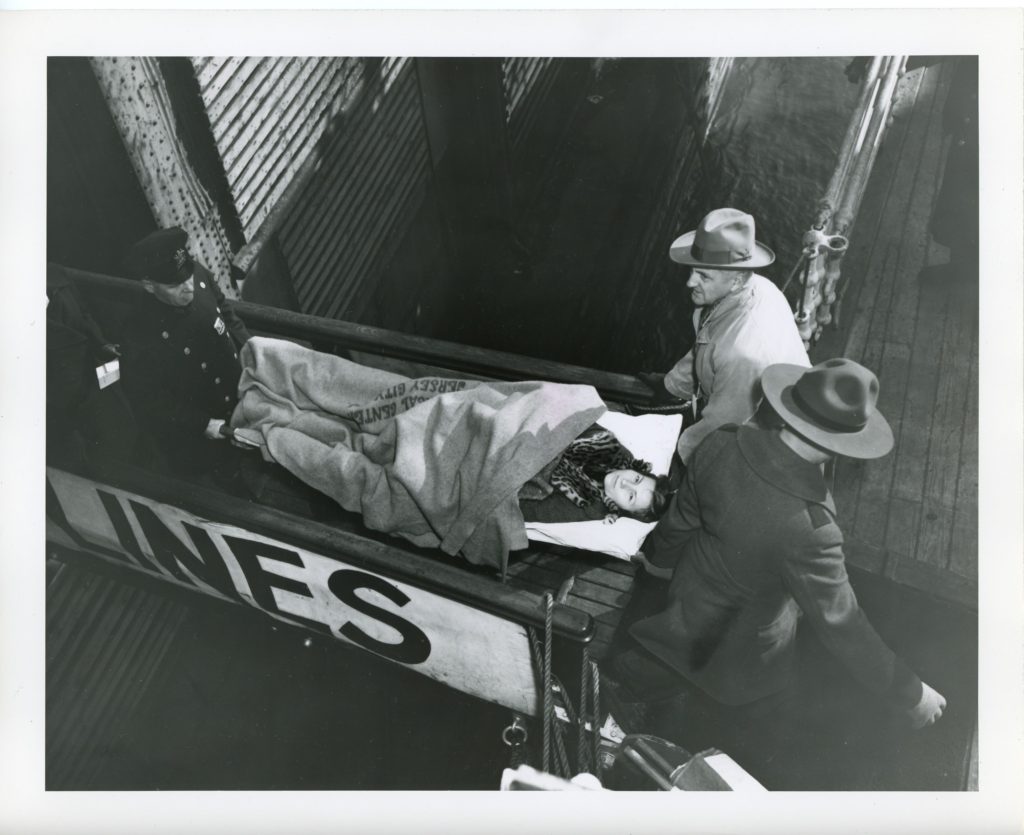 Feb. 1944-Meta Schloesser, internee from El Salvador, carried by stretcher onto the Gripsholm 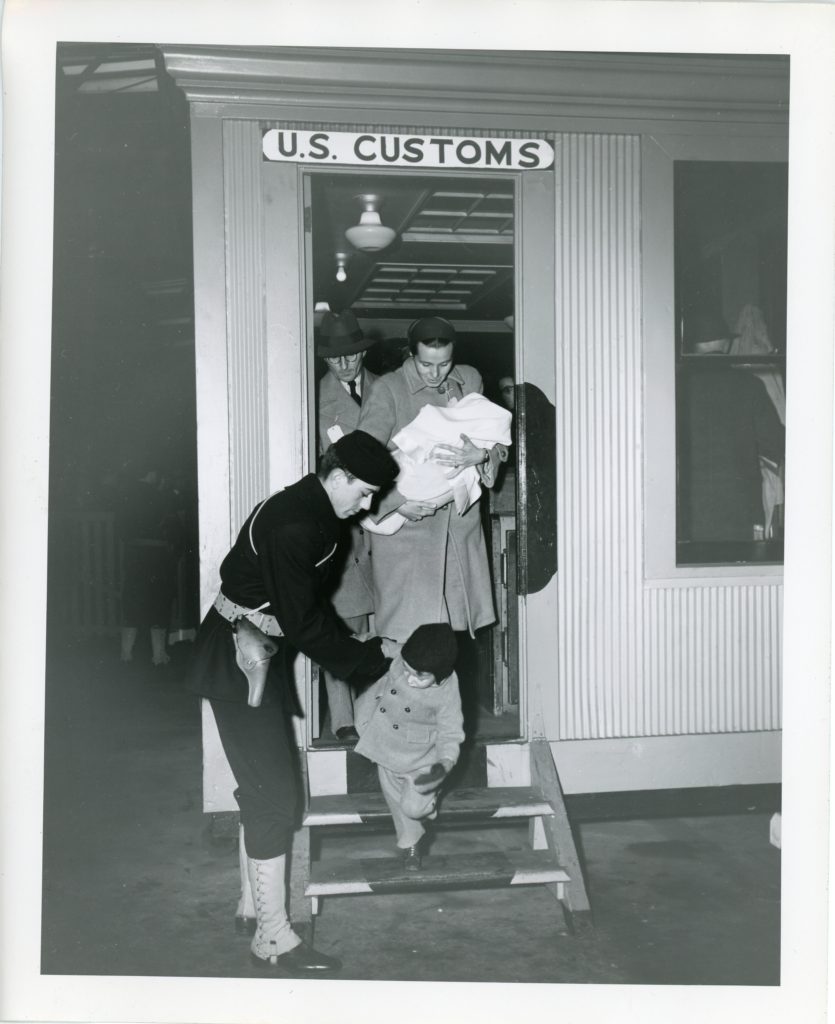 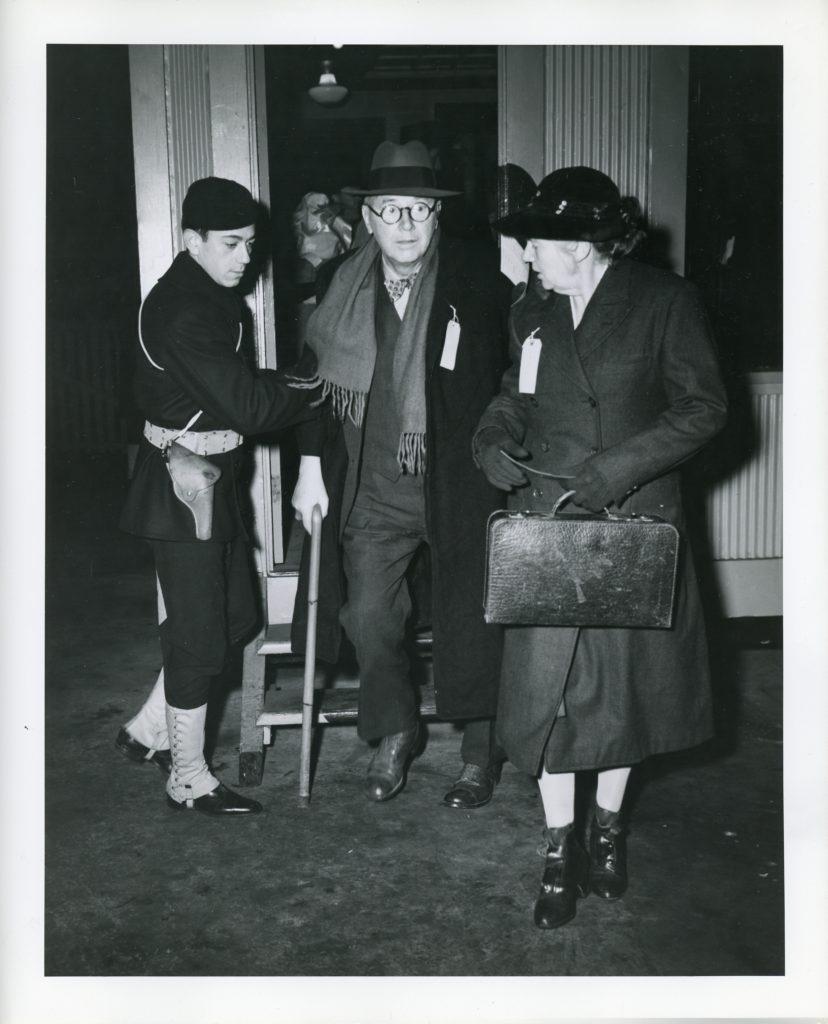 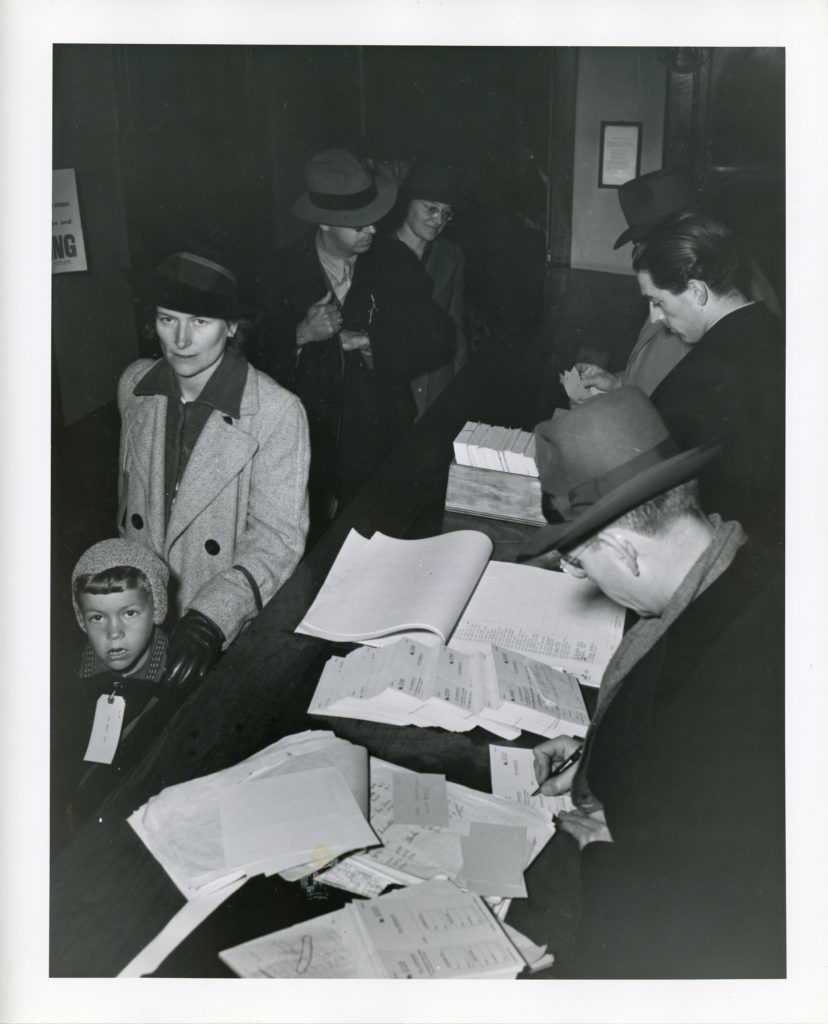 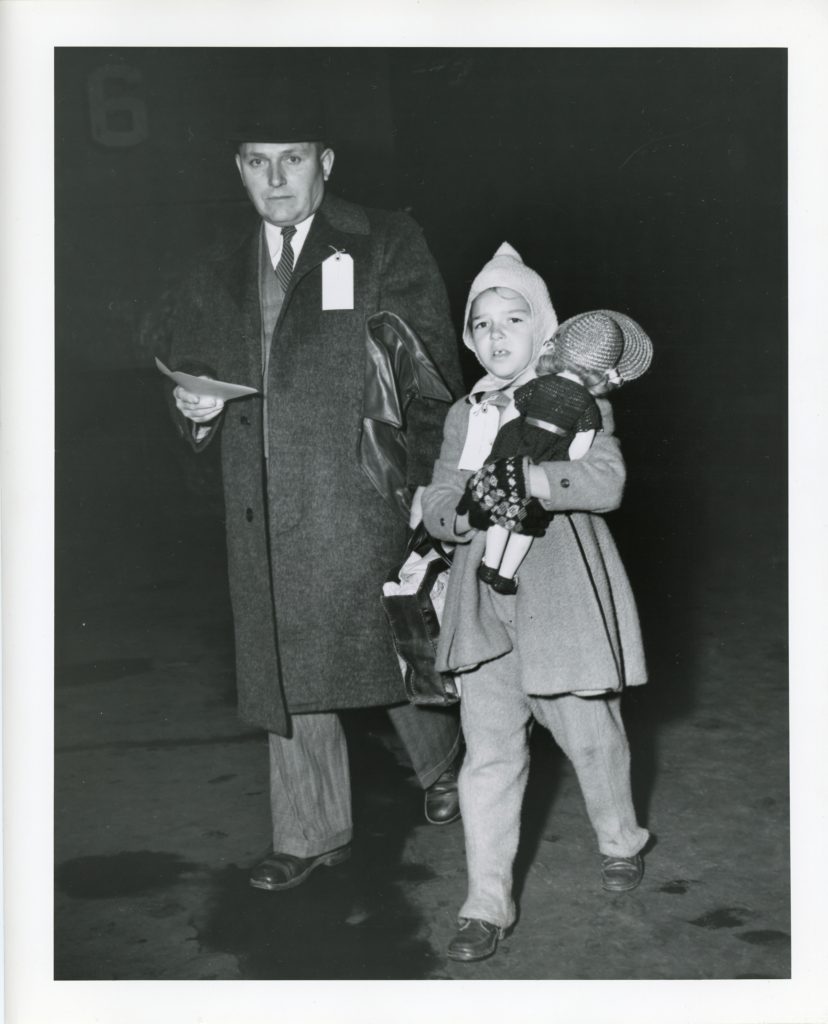 Feb. 1944-Herbert Mantel and his daughter, Hilde, both internees from Columbia, walk to Gripsholm 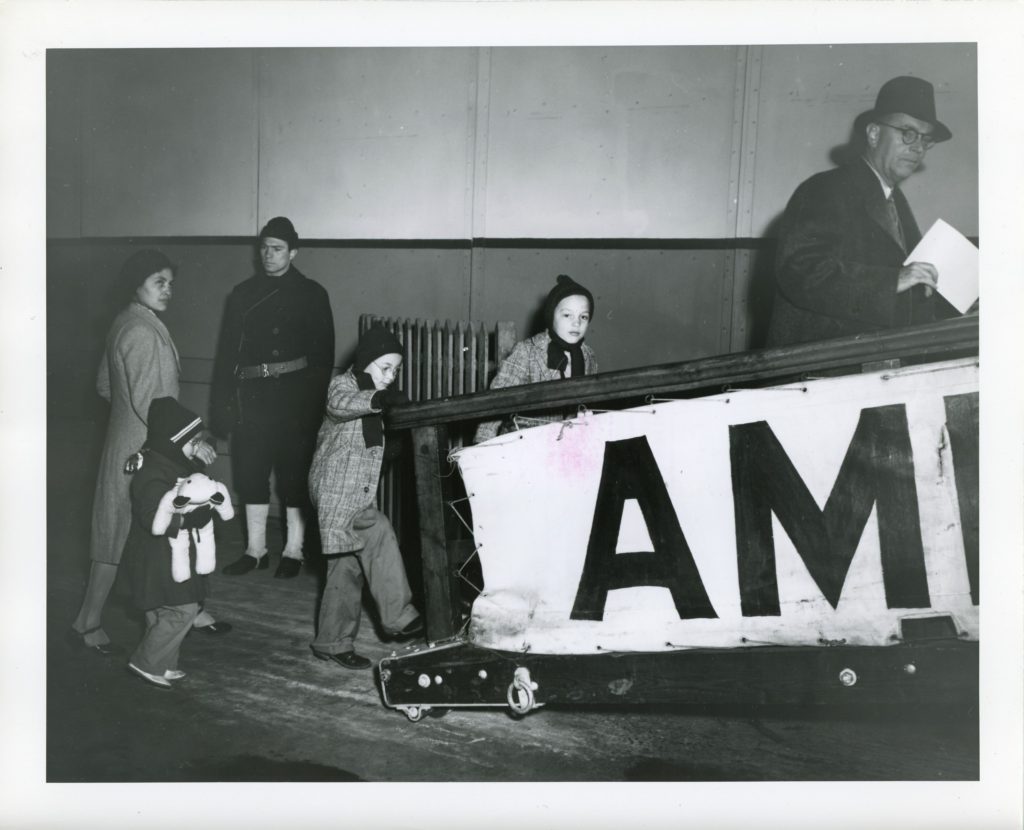 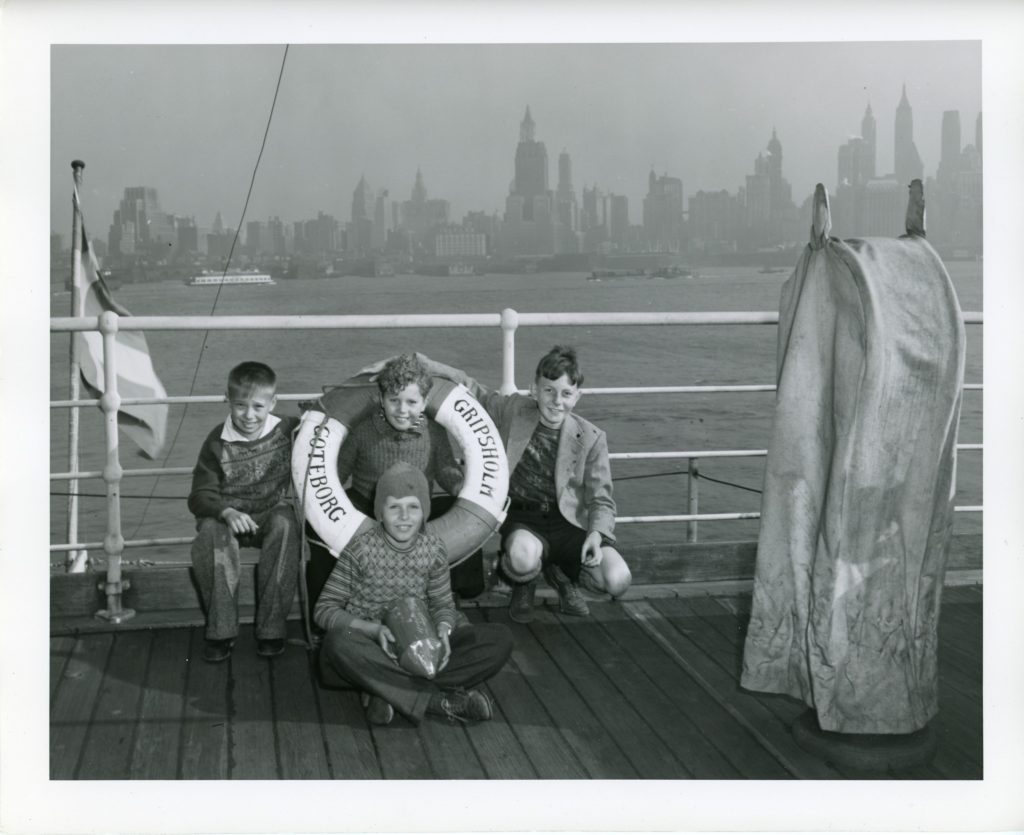 Feb. 1944-on deck of the Gripsholm with New York City in background