Newly Published: “Port of No Return” by Marilyn Miller 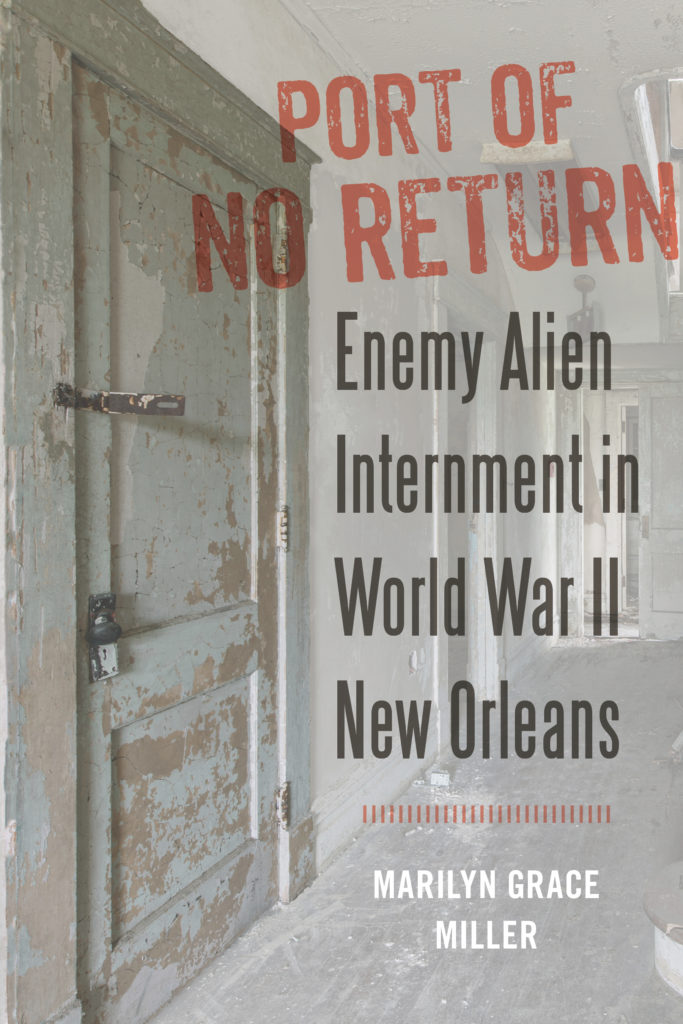 One of two principal ports through which enemy aliens might enter the United States, New Orleans saw the arrival of thousands of Latin American detainees during the war years. Some were processed there by the Immigration and Naturalization Service before traveling on to other detention facilities, while others spent years imprisoned at Camp Algiers, located just three miles from downtown New Orleans. In 1943, a contingent of Jewish refugees, some of them already survivors of concentration camps in Europe, were transferred to Camp Algiers in the wake of tensions at other internment sites that housed both refugees and Nazis. The presence of this group earned Camp Algiers the nickname “Camp of the Innocents.” Port of No Return tells the varied, fascinating stories of these internees and their lives in Camp Algiers. Professor Miller discusses her book and answers questions at a Louisiana State University Press Zoom conference. Also see Strum, Harvey. Jewish Internees in the American South, 1942-1945 and “Camp of the Innocents,” a documentary.