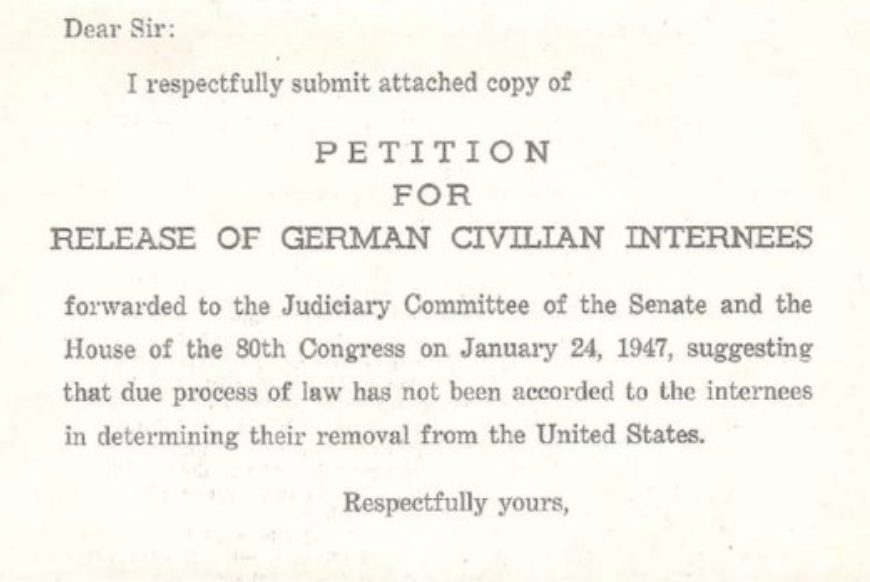 A petition was submitted to Congress on January 24, 1947, signed by 156 internees held on Ellis Island, asking for their release, rather than enforced deportation/repatriation to Germany. They requested the same for internees being held in Crystal City and other detention centers. On January 29, 1947, a group of Ft. Lincoln, ND, internees wrote directly to Senator William Langer, requesting his assistance as well. Senator William Langer responded by sponsoring a bill to release all internees, who were still being held three years after Germany surrendered. While unsuccessful, many former internees credit it with calling attention to their situation and eventually aiding their release. See more information about his attempts to free the internees, (under Post-war Presidential Proclamations and Supreme Court Decision, Ludeke v. Watkins.) (petition courtesy of Werner Ulrich, a former internee)