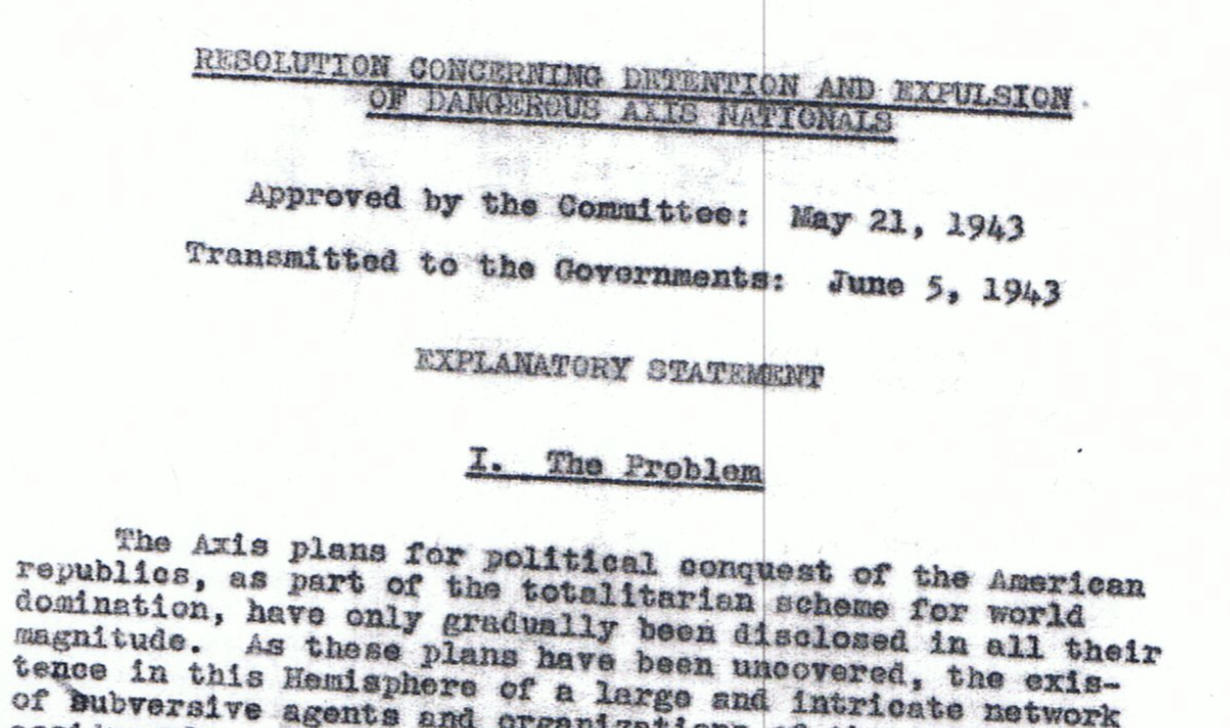 The Emergency Advisory Committee for Political Defense, meeting in Montevideo, adopts U.S. Department of Justice/State Department resolutions to allow U.S. to provide detention accommodations and shipping expenses for Latin Axis nationals to the U.S., a process... This 1947 letter to an internee held at Crystal City, TX, offers a thirty day parole from the Camp to prepare to depart the United States. Department of Justice, 1942 Regulations for Enemy Aliens A booklet with cover letter, lists “conduct to be observed by alien enemies.” (courtesy of an internee family) 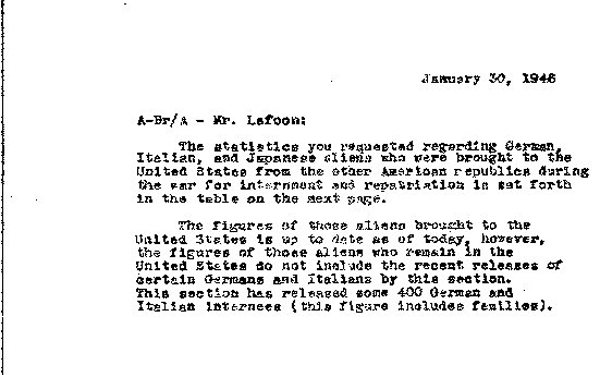 30 Jan 1946 Memorandum in “Statistics,” Box 70, Special War Problems Division, RG 59, NA — numbers/ethnicities of Latin Americans brought to the U.S. and countries from which they came 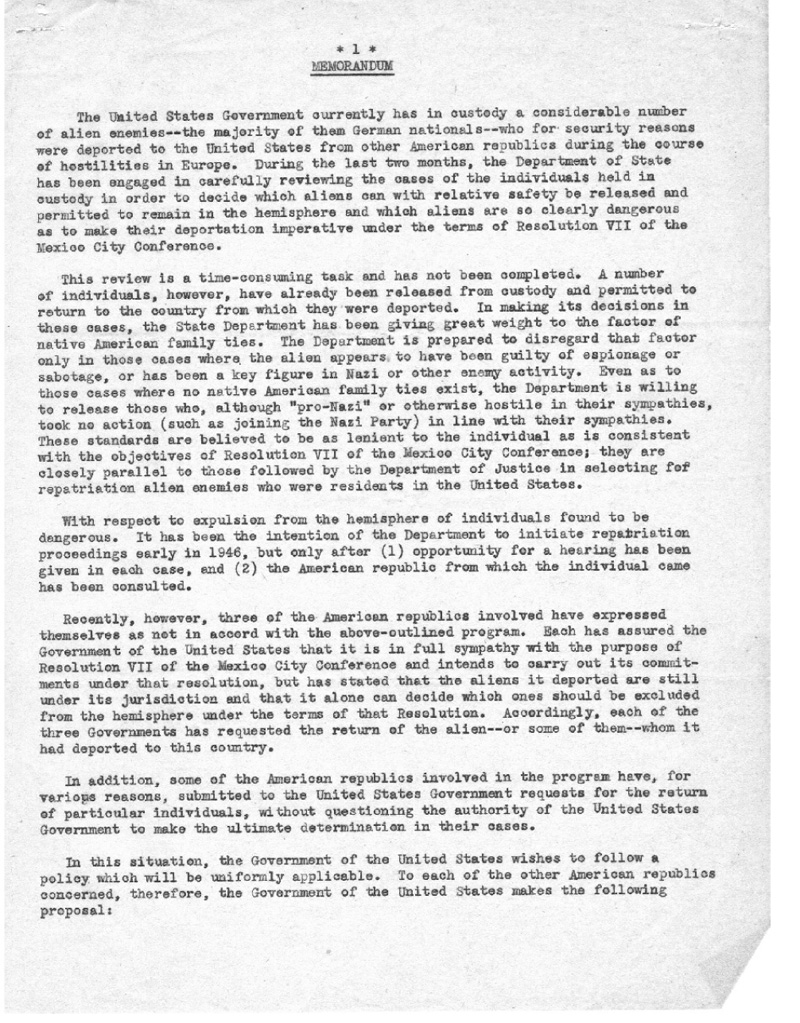 This U.S. State Department memorandum requests that Latin American countries with citizens or residents being held as enemy aliens in the United States, let U.S. officials know whether they want to resume responsibility for these individuals, or allow the U.S. to...
« Older Entries