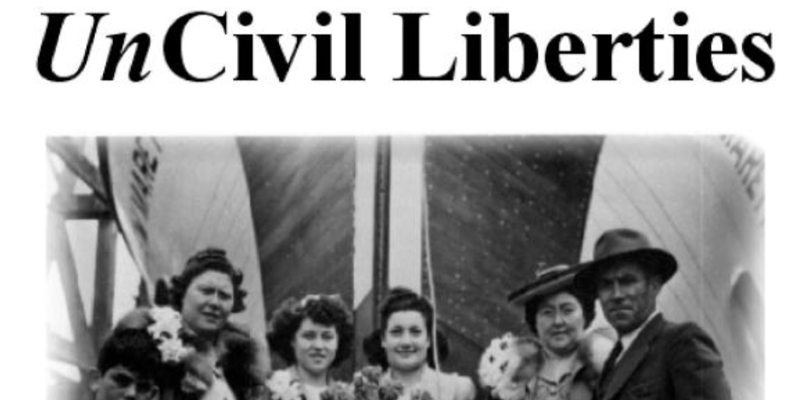 While the relocation of Japanese Americans during World War II is a well-known blemish on American history, few people are aware that from February through June of 1942 the federal government enacted a relocation program that forced thousands of West Coast Italian and German aliens and their families to leave their homes for so-called safe zones. Law-abiding people who had lived in the United States for decades, including some who had sons in the armed forces, were subjected to surveillance and harassment simply because they had never obtained U.S. citizenship. The government eventually abandoned this program, but only because the process of relocating so many proved economically and politically unfeasible. Other Italians, including American citizens, whose loyalty was deemed doubtful, were interned or excluded without trial. In UnCivil Liberties: Italian Americans Under Siege during World War II Stephen Fox combines interviews with Italian Americans, government files, and newspaper accounts to reveal this previously untold chapter in American history. The testimonies of those who were the objects of the government’s unfounded suspicions and accusations provide a vivid portrait of the times and illuminate a neglected episode. Fox connects his discussion of the Italian American experience with that of other suspected “enemy” aliens during World War II, illustrating how a national security crisis led to the use of group labels and challenged the government’s commitment to its libertarian ideals. The voices in UnCivil Liberties will speak to students, scholars, and all readers interested in this period of American history. Published originally as “The Unknown Internment: An Oral History of the Relocation of Italian Americans during World War II.” “Outstanding Book” – Gustavus Myers Center for the Study of Human Rights in the United States (1991) American Book Award – “Outstanding Literary Achievement” – Before Columbus Foundation (1992)