Newly Published: “Enemies Among Us” by John E. Schmitz 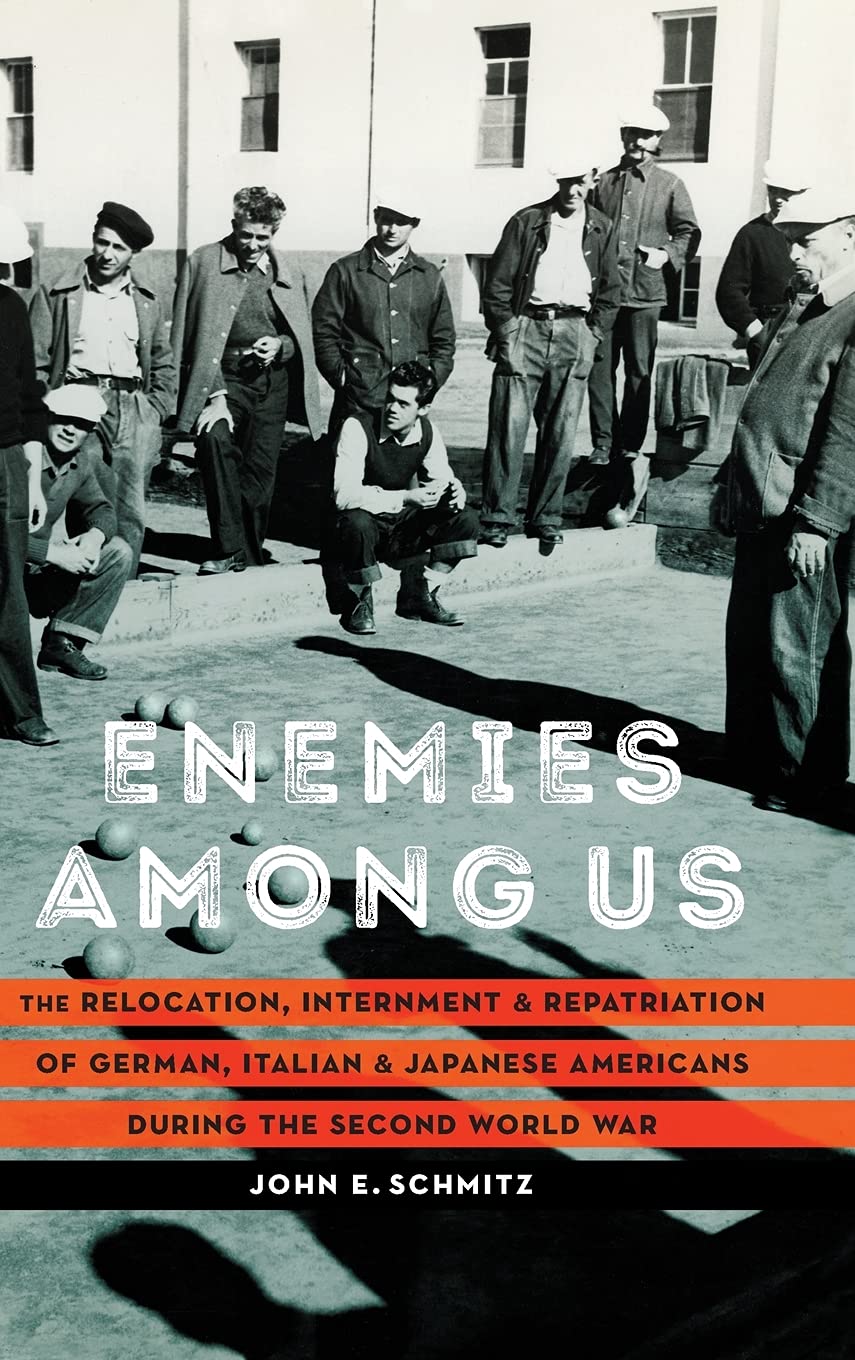 John E. Schmitz, Ph.D., son of former internee John Schmitz, and history professor at Northern Virginia Community College, has written Enemies Among Us: the Relocation, Internment, and Repatriation of German, Italian and Japanese Americans during the Second World War. Just published by the University of Nebraska Press, it is available there or at Amazon.

“Recent decades have drawn more attention to the United States’ treatment of Japanese Americans during World War II. Few people realize, however, the extent of the country’s relocation, internment, and repatriation of German and Italian Americans, who were interned in greater numbers than Japanese Americans. The United States also assisted other countries, especially in Latin America, in expelling “dangerous” aliens, primarily Germans.

In Enemies among Us John E. Schmitz examines the causes, conditions, and consequences of America’s selective relocation and internment of its own citizens and enemy aliens, as well as the effects of internment on those who experienced it. Looking at German, Italian, and Japanese Americans, Schmitz analyzes the similarities in the U.S. government’s procedures for those they perceived to be domestic and hemispheric threats, revealing the consistencies in the government’s treatment of these groups, regardless of race.

Reframing wartime relocation and internment through a broader chronological perspective and considering policies in the wider Western Hemisphere, Enemies among Us provides new conclusions as to why the United States relocated, interned, and repatriated both aliens and citizens considered enemies.”

Highly praised by Max Paul Friedman, Stephen Fox and Bradley Hart, all scholars who have written extensively about this period of American history, Enemies Among Us is a comprehensive, thoroughly researched, major addition to internment literature.