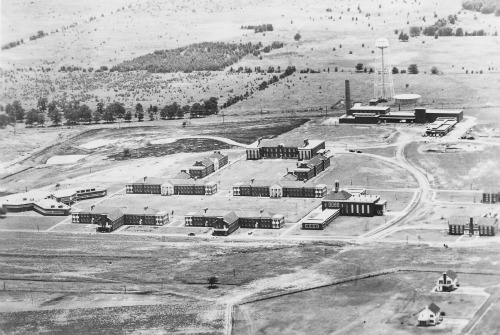 In June 2015, Friends of the Texas Historical Commission received $16,000 from the National Park Service, which administers the Japanese Confinement Sites Grant Program. They will research and document a fading mural that was painted by an internee in the former Department of Justice Seagoville Enemy Alien Detention Station, an internment site used to detain Japanese, German, Italian, and others deemed “Enemy Aliens” during World War II. Art conservators will study the 70-year-old mural, and produce a report detailing the costs and potential for future restoration. Also, the history of the approximately 250 Japanese Latin Americans interned at Seagoville will be shared through interpretive banners displayed at the prison and the local public library, with additional information posted on the Texas Historical Commission website.