“Ellis Island: Where it All Began” 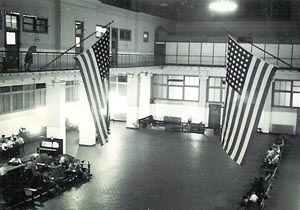 On December 8, 2009, the 68th anniversary of the internment of the first German Americans under the U. S. Government’s Alien Enemy Control Program, the German World Alliance, in co-operation with the National Park Service and the support of the German American Internee Coalition, Maj. Arthur D. Jacobs of foitimes.com, the Steuben Society and many other German-American organizations, hosted a conference entitled “ELLIS ISLAND: WHERE IT BEGAN AND WHERE IT ENDED.”

Former internees, their families, and the general public attending the event, voiced appreciation for learning more about this unknown aspect of Ellis Island’s and America’s history.