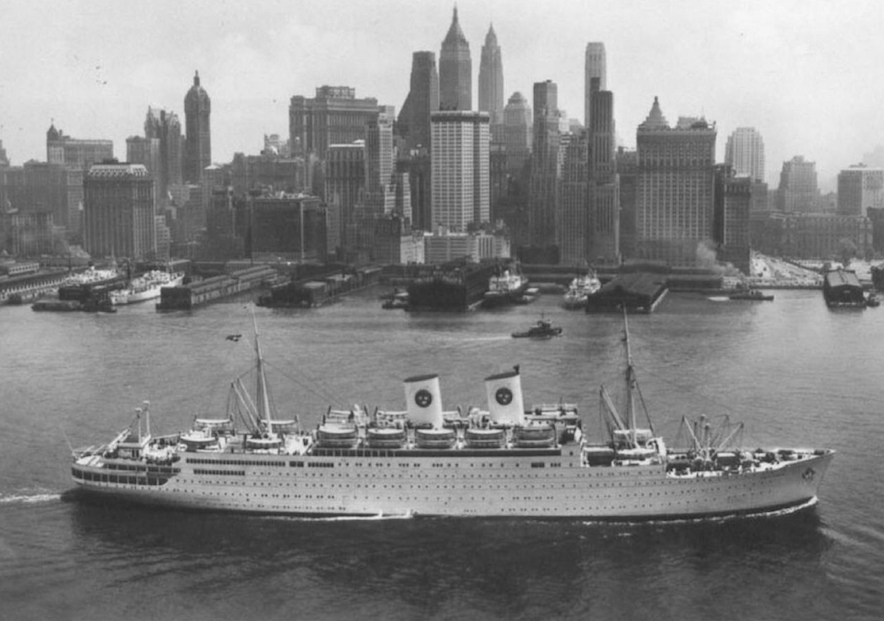 On February 15, 1944, the M.S. Gripsholm sailed from the New York harbor to Lisbon, Portugal, with 1,117 civilians of German descent, including children, scheduled to be exchanged for persons held in Germany. Most had been interned in Texas; many were from Latin America. Thanks to Teresa Van Hoy and her students at St. Mary’s University in San Antonio, Texas, who’ve donated the manifest, as well as other documents from the National Archives to our website.

After an academic year researching the subject of German American and Latin American internment and exchange, the students invited former internees to commemorate the February 1944 sailing. (Information about the reparation voyages, with photographs) (A video, with Lars Hemingstam, author and founder of a website about the ships of the Swedish American Line, discussing the exchange voyages using the Swedish American Line’s chartered ocean liners Gripsholm and Drottningholm)