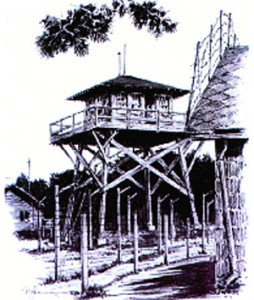 Ft. George Meade was a US Army military post located southwest of Baltimore in Anne Arundel County, Maryland. It apparently served primarily as a temporary detention site for German, Italian and some Japanese internees before they shipped to other locations. Reports indicate that the peak population in May 1942 was over 350.

Dr. John Heitmann, in his paper, “Enemies are Human,” reports that many civilian internees came to Ft. Meade from Ellis Island on their way to other, more permanent camps, in sealed off trains with all windows shuttered. Max Ebel, a German internee, was transferred from Ellis Island to Ft. Meade where he remained for two weeks. He actually found Ft. Meade a relief after Ellis Island. He had gotten extremely ill at Ellis Island and finally got medical at Ft. Meade, as well as some “good food.” (More firsthand accounts in Real People) (censuses, September and October, 1942)

Internees were treated as prisoners of war and issued green government khaki. Dr. Heitmann continues: They were housed in 4-man tents, several of which routinely flooded after heavy rains. Barbed wire, “off limits” signs, and machine guns surrounding the prisoners completed the scene, along with guards who viewed these men as potentially dangerous,” enemies of the American people. At least one incident was reported in which soldiers shot into the internee barracks. There was a large FBI presence.

Dr. Heitmann states that perhaps the biggest challenge to the arriving civilian internees were the seamen, captured and interned at Camp Upton, NY, who were transferred to Ft. Meade in April 1942. (See list of tranferees.) These nationalistic sailors from the S. S. Odenwald had a far different view of the war than German civilian internees, who long ago committed to live and work in America and sought to impress that on the new internees. The internees were moved out in the spring of 1943 to make way for German POWs. (“Enemies are Human,” a paper presented to the Dayton Christian-Jewish Dialogue, May 10, 1998, by John A. Heitmann, Ph.D., Professor of History, University of Dayton.) 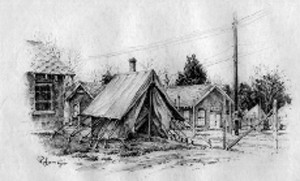 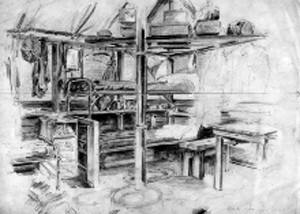 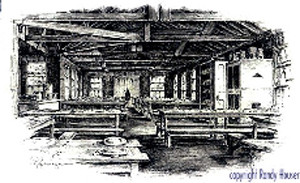