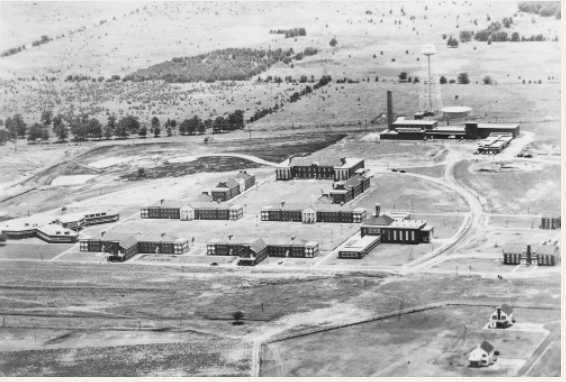 The Seagoville facility is located southeast of Dallas and was originally a minimum security female prison. In 1942, it was converted into an internment facility to hold German, Japanese and Italian US resident and Latin American internees. Although it was intended to serve primarily as a facility for families in which both adults had been interned, many families were held there en route to the other main family camp in Crystal City, Texas, or repatriation. Ultimately, it became a women’s only camp, although children were also held there with their mothers. The first Seagoville internees were from Latin America, married couples without children and some Japanese who arrived later. The peak population was 647 internees. (Fox, Stephen. Fear Itself, Inside the FBI Roundup of German Americans during World War II, iUniverse, 2005, 115.) (1 Jan 1943 census) 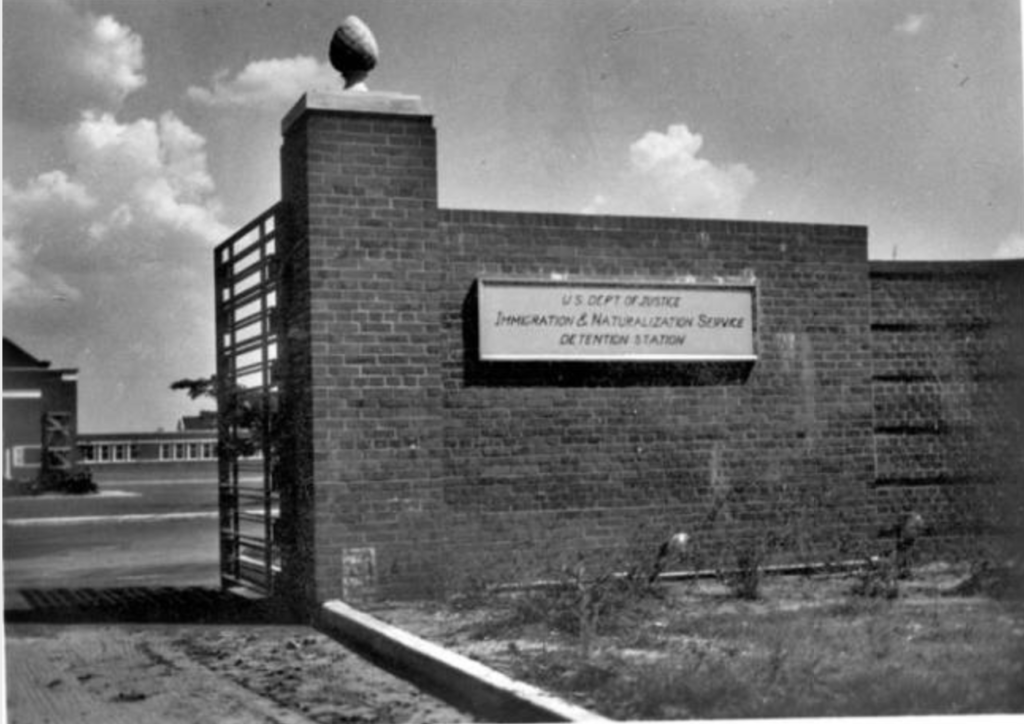 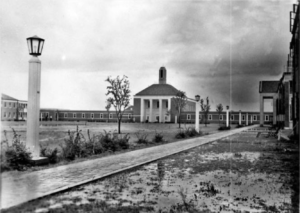 Many mothers were held at Seagoville, separated for long periods of time from the children which contributed greatly to their anguish. (See also: the Graber Family Story) Others, pregnant upon arrival or interned there with their husbands gave birth. Still others suffered miscarriages from the stress of their internment. (Birth Certificate from Camp Seagoville.)

According to the Handbook of Texas Online, “World War II Internment Camps,” by Emily Brosveen, the prison was provided comparatively good accommodations: twelve colonial style two-story brick buildings with wide areas of lawn and sidewalks. It continues: a “high wire fence surrounded the camp, which had a single guarded entrance. A white line painted down the middle of the paved road that encircled the camp marked a boundary that internees could not pass. The six dormitories had single or double rooms and were furnished with chests of drawers, desks, chairs, and beds. Communal laundry, bathing, and toilet facilities were located on all floors. Each dormitory had a kitchen with refrigerators, gas stove, and dishwasher, as well as a dining room with four-person maple tables, linen table coverings, cloth napkins, and china. Internees prepared their own food under supervision. Other facilities at the Seagoville camp included a hospital and a large recreation building.” 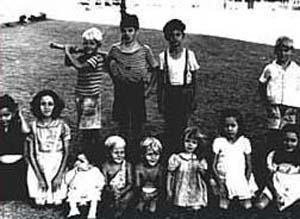 Housing had to be increased to accommodate more internees and 50 wooden huts were shipped to the site from another camp in Sante Fe, NM. Some families report living in Quonset huts which had to be hosed down periodically because of the heat. A high fence was added to surround the additional accommodations. The campus-like atmosphere of Seagoville did little to erase or ease the trauma of dislocation and uncertainty for the mothers held far from their families. (See also: the Schneider Story)

In June 1945, the camp was closed and internees sent to other camps, paroled, released or repatriated. (See also: “World War II Internment Camps,” by Emily Brosveen and Fox, Fear Itself, 115-116.) Today Seagoville is a prison for approximately 850 men. Visitors to Seagoville have been greeted courteously, although the prison administrators know little of its history as an internment camp.