This national prison for men was built on an out island of Cuba in 1931, modeled on a prison in Illinois. It was comprised of four circular buildings with 465 cells and two six-story rectangular ones, pictured to the left. The Isle of Pines was used as place of exile from the 19th century until 1959 and was known as a place of great misery from which escape was virtually impossible.

During World War II, in cooperation with the US (which offered to fund the project), President Fulgenico Batista interned 114 Germans, 350 Japanese and 13 Italian Cuban resident aliens. On April 8, 1942, the NY Times reported that Cuba had selected the Isle of Pines for “concentration purposes,” and that to date internees had been held at Tiscornia immigration station. German women had been interned in the jail of Arroyo Arenas outside of Havana. US Ambassador Spruille Braden stated that because the matron of the Cuban women’s prison reportedly rented prisoners out as prostitutes, he arranged for a separate facility to be built for Axis female internees.

The internees reportedly lived in barred cells, initially dining and mingling with the common prisoners. But after several months, the Cuban government arranged for them to dine in the internment buildings, fenced off the internment area and provided contained internee exercise areas. Reports vary on sanitation; one stating that sanitary conditions were acceptable, another stating that illness due to bad nutrition and lack of hygiene was rampant. Prisoners were locked inside for a month or more at a time and were infrequently allowed outside for exercise or sun. Families were only allowed 5-minute visits per month. (Japoneses en Cuba, Rolando Álvarez and Marta Guzmán, Japan Foundation, 2002; Nazis and Good Neighbors, Max Paul Friedman, Cambridge University Press, 2003, 148.) 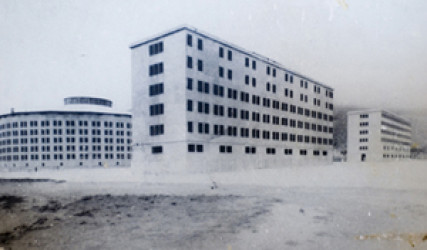 Isle of Pines Model Prison. German and Italian internees were held separate from the Japanese, each group in one of rectangular buildings. Europeans were in the building on the left, named Good Behavior. Photo Courtesy of the Presidio Modelo Museum. 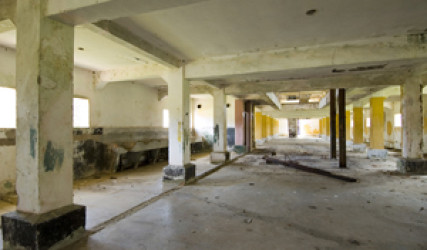 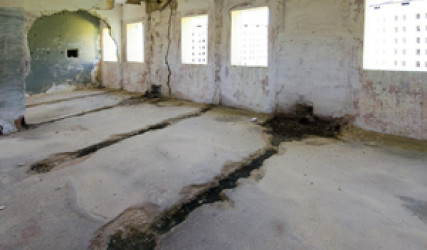 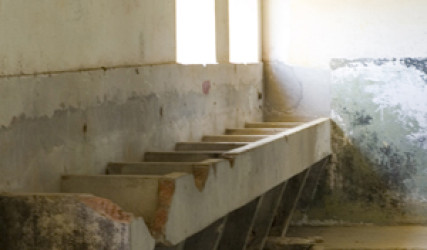